GET YOUR AUTOGRAPHED ME & LEE FOR THE 50TH ANNIVERSARY!

In 2013, as an alternative to the Lancer Conference, where I was banned from speaking, I founded the JFK ASSASSINATION CONFERENCE, not just so I could speak, but so many others could speak who also were not being invited.  That first conference was held for one day in Arlington, TX, near Dallas, at a small venue. About 45 people attended, but considering how far they had to drive, that was a good showing! Since then, we have grown!  We are now the biggest JFK conference of its kind in the world. We are now a 3-day conference with a total attendance of 300. On Nov. 16-17-18, 2018, the 6th Annual JFK Assassination Conference will be held at The Doubletree-Hilton, Market center, Dallas -- but because we have so many speakers who DESERVE to be heard, we have expanded the original three days to include THURSDAY for early-bird arrivals! 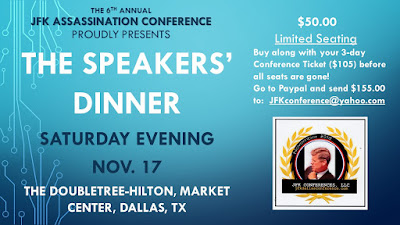 While the first conference was free, one goal we had was to make sure that no matter how poor a speaker might be, if he or she had worthy information to divulge, we would make sure that they would get a hotel room, a plane flight, meals, whatever it took, to make sure they had a chance to speak up. The 'rival" conference (Lancer) where I was banned from speaking, did not provide hotels or travel expenses for their speakers, so they tended to have the same ones (and the same locals in Dallas) speaking over and over. We are glad that everyone has had an opportunity to hear them, thereby!

HOW HAS THIS ALL BEEN FINANCED? By several ways: (1) all net royalties I receive from my book ME & LEE go to help support the Conference
(2) We get donations! and we are so grateful for them! BUT --we do NOT accept donations from any GROUP. We only accept donations from small business owners, publishers, and individuals that we know are not connected to anyone who could infuence us.
(3) I sell my paintings, of which I can only produce 2-3 per year, which sell for $5-6,000 each. They are made of only the finest of pigments , such as ground lapis lazuli and real turquoise for blues... even the gold in my paintings is 24K gold.  My most recent paintings involved an Apache trading fish and baskets to an Arizona settler (an ancestor of the person commissioning the painting) in exchange for a little money, and one I'm working on at present, JFK and Jackie at Love Field, in art noir style.
($) and of course, we sell tickets. If you would like to attend this historic conference, which this year has 40 speakers (!!!! nobody else has so many!!!) send $125.00 to jfkconference@yahoo.com using PayPal to get a guaranteed seat (this conference might sell out).

We have speakers such as Dr. Cyril Wecht (our Keynote speaker), Robert Tanenbaum (HSCA), Edward T. Haslam (Dr. Mary's Monkey), Phillip Nelson (author: LBJ Mastermind), Richard Bartholomew, Roger Craig Jr (son of the courageous Deputy Sheriff Roger Craig), Dick Russell (author: The Man Who Knew Too Much), Edgar Tatro & Rick Russo (The Men Who Killed Kennedy series), Beverly Oliver, Hubert Clark (JFK Honor Guard witness who testifies that JFK's body was switched to a different casket so it coukd be altered), James Jenkins (Bethesda witness), Dr. David Mantik, Paul Schrade (was shot when Bobby Kennedy was shot, whotestifies that Sirhan Sirhan did not shoot RFK), and many others!  I will also be speaking about the man I knew and loved --Lee Harvey Oswald -- who was framed and then murdered, and how new secret files that have been released now support a number of events I mentioned in Me & Lee for which little or no prior evidence existed.

It would be a pleasure to meet you. 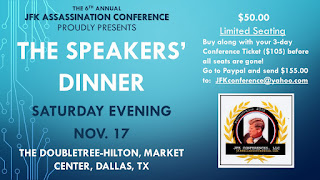 THE VIDEO YOU MUST SEE TO UNDERSTAND THE KENNEDY ASSASSINATION

IMPORTANT: the video you are about to see is arguably one of the most important videos ever made about the Kennedy assassination. Until now, there was no safe way to publish this video without exposing my close relationship to Lt. Col. Dan Marvin,a Green Beret and an assassin for the CIA. Was working on his book and wanted to make sure I'd finish it, in case I'd be terminated. There had been too many threats and not enough supporters. That has changed.
In this video, you will learn how Dan was briefed at Fort Bragg, NC on who was responsible for the death of the President.
Dan sent me this video, filmed by Jeff Worcester II, shortly before he died, along with his many tape recordings, evidence files, photos, military records, etc. after Jeff could no longer work on Dan's new book.
Dan says in one part of the video, in a very casual way, that he had conducted assassinations for the U.S. government. He also mentions getting invited by the Mafia to do hits for a Don located in Boston. The turning point was when Dan became a Christian and began speaking out about his past. I'll never forget how sad and devastated he was when his wife basically rejected him, after learning her husband had killed many people for the CIA.
As for this man's honesty, I am a living witness as to his truthfulness. Dan never wavered, never changed his story, never embroidered a thing. He had been sued by his own green berets for what he revealed concerning his order for him and his men to kill Cambodia's Prince Sihanouk, issued by the CIA. The idea was to blame the Prince's murder on the North Vietnamese Communists, to give the US a valid reason to bomb Cambodia. 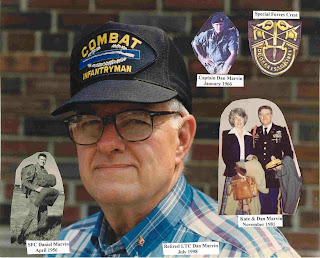 The matter went to court and Lt. Col. Dan Marvin won that case, since he had old tape recordings that proved he was telling the truth. Trine Day Books was also sued for publishing the book (The Expendable Elite), and the valiant publisher, Kris Millegan, is still paying on the huge lawyers' fees involved, for in America, even if you win a case brought against you, the cost of defending yourself can destroy your life. The truth can be very costly (I know, I am a woman without a country).
Note that Dan mentions THE DEEP STATE years before this term was known to the public.
Dan states his certainty that Jimmy Files was the grassy knoll shooter. However, because of Jimmy's statements about killing my friend David Ferrie (the character seen in the film JFK and the subject of my book DAVID FERRIE: MAFIA PILOT) and Jimmy's saying he knew David Atlee Phillips by his real name, as his handler (it took Lee a year to figure out Phillips' real name, as that CIA leader used many fake names) have been reluctant to support his claims. But after discovering that a "respected": (should not be) researcher used faked evidence to try to prove Files did not shoot at JFK, I can't decide. After all, Dan had letters from Jimmy to which I was not privy. Lt. Col. Dan Marvin believed Jimmy for some good reasons, one of which you will hear in the video.
Please share this important video with as many people as you can. It contains information that is accurate and vital.
I'm working on the book. Please pray for me, that I can bring what Dan entrusted to me to the world. The truth will set us free.
Here is the Facebook URL:   https://www.facebook.com/Judyth.vary.baker/videos/10215962143311901/
Posted by Judyth Vary Baker at 7:29 PM 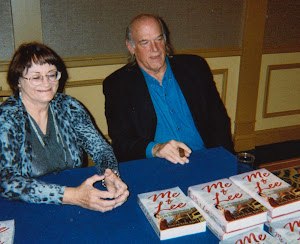 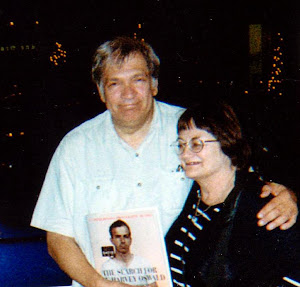